How To Use Redis with Golang 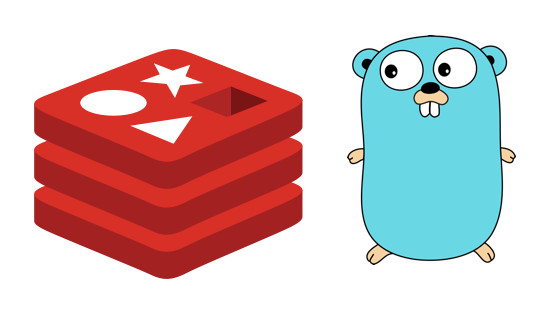 How To Use Redis with Golang

Utilizing Redis with Golang is easy and can have dramatic affects on the performance of your application.

Redis is an open source, in-memory data structure store, used as a database, cache and message broker. Redis supports a number of data structures including strings, hashes, lists, sets, sorted sets with range queries, bitmaps, hyperloglogs and more. The advantages of using Redis over other caching stores, such as Memcached, is that Redis offers persistence.

There are many ways the use of Redis can enhance the performance of your Golang application. Some example are below:

Connecting to Redis with Golang

By using one of the available Redis / Golang drivers, you can easily communicate with a Redis databases.

For example, if you would like to connect Redis, then you would use the generic SQL package that exists in the Golang standard library and also a Redis specific package which makes use of the standard library package methods and interfaces.

One of the available Redis drivers is the Redigo Go client for Redis.[https://github.com/garyburd/redigo]

The Redigo package has a print-like API with support for all Redis commands, which makes makes executing Redis commands from your Golang application easy.

The Conn interface has a generic method for executing Redis commands:

The Redis command reference at [http://redis.io/commands] lists the available commands. An example of using the Redis APPEND command is:

The Do method of the Redigo package combines the functionality of the Send, Flush and Receive methods. The Do method starts by writing the command and flushing the output buffer. Next, the Do method receives all pending replies including the reply for the command just sent by Do. If any of the received replies is an error, then Do returns the error.

The Redigo Scan function copies from src to the values pointed at by dest.

Scan uses RedisScan if available, otherwise: The values pointed at by dest must be an integer, float, boolean, string, []byte, interface{} or slices of these types. Scan uses the standard strconv package to convert bulk strings to numeric and boolean types.

If a dest value is nil, then the corresponding src value is skipped.

If a src element is nil, then the corresponding dest value is not modified.

To enable easy use of Scan in a loop, Scan returns the slice of src following the copied values.

Hopefully, as you can see, working with and getting the benefit of Redis high performance databases with Golang is easy.
To get started quickly with Redis, you can signup for Redis Cloud for free at: https://redislabs.com/redis-enterprise-cloud-free-30-mb-plan